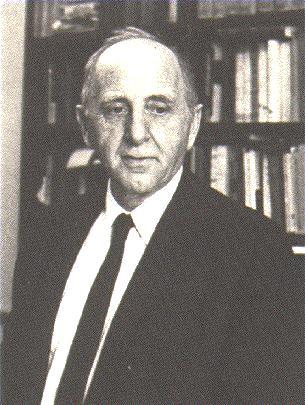 Growth is a politically charged term. Everyone wishes it and no one refuses it. But what is it?

Technically speaking, "growth" is the annual rate of change in the GDP (Gross Domestic Product). If the GDP increases from 80 units in one year to 81 in the next (usually accountin for inflation), then we have a growth of 1.25%. If it decreases to 79, we have a contraction of 1.25%. But by answering one question, we have raised another: what is GDP?

GDP as a statistical measure is the product of state desire to plan the national economy. The first comprehensive steps to its compilation were taken in the United States in 1932 by the Russian-american economist Simon Kuznets, who implemented to an unprecedented extent, methodologies applied in the past only in a fragmentary manner. In the midst of the Great Depression, the American Department of Commerce tasked him with the compilation of a tool that would measure succinctly the state of the national economy. Kuznets, working on secondement from the National Bureau of Economic Research, proceeded to meticulously record a great series of income streams and to distill them to a single number, the National Income (or Net National Income, NNI), which was derived from the sum of the net market prices4 of all products sold and services rendered from American nationals, within or outside the US. He thus tried to "describe the total activity of the national economy under one aspect, viz., the size of the final net product".5

Kuznets himself was unequivocal about the utility, the meaning, and the limitations of the tool he had just created. As he stated before the US Congress in 1934,6 many productive activities that are carried out without exchange of money are not recorded in his tables, while many recorded incomes do not account for really productive activities; some actually account for disasters. He himself used the classic example of housewives, whose contribution to the national product he characterised as "imposing", which, however, was impossible to account for as it was not provided for a monetary reward.7 A corrolary to this condition is the witty, but entirely precise, statement that when someone marries his au pair he decreases the national income. Kuznets provided additional examples: of products and services that are consumed or rendered without exchange of money (living  in one's own house), services that are paid but are not declared (odd jobs and illegal activities), payments made irrespective of a service (charity) and activities (legal or illegal) that are carried out through exchange of money, but which do not promote general prosperity.

As a good statistician, Kuznets starts his description from what his tool does not do and from its possible "uses and abuses". He clarifies that the simplicity and accurracy of a number is nothing but an illusion. The national income may measure meaningfully the relative differences between different states at the sime time, or the time evolution of a specific state, but taking into account the above mentioned limitations: that it takes into account activities within the market of an economy, and not the economy as a whole. In other words, Kuznets considers the market as a subset of the economy; consequently, this number cannot measure the general prosperity of the economy of a nation.8

On a political level, Kuznets preferred an "enlightened social philosophy" that would deduct destructive and not productive activities from the measurement of the national income, such as armaments, speculation, as well as great public infrastructure works that exist to make life easier.9 But with war approaching, this view which excluded government spending from productive activities was not so popular, since war spending would decrease the National Income. What was required was an indicator which would not present this inconveniency. In the 1937 edition, Kuznets would speak if the Gross National Product (GNP),10 an indicator that took into account the gross spending (including production cost) of a country's nationals, within or outside its territory. This indicator had been previously been proposed by Clark Warburton, and it included state spending.11 As of 1944, after the Bretton Woods conference, the Gross Domestic Product (GDP)12 would gradually become the most popular indicator, a process that would start arounf 1954-55 in Greece.13

Even if the two indicators are not identical, they prescribe a common statistical methodology. Therefore they share the same limitations. Consequently, GDP is a statistical indicator that, on one hand, cannot be accurately measured, and which, on the other hand, does not necessarily reflect social prosperity. Moreover, it fluctuates as its "correct" calculation undergoes periodic, and often radical, changes.14 Finally, even within the context of the "correct" methodology, politically motivated tampering cannot be excluded. One of the first exceptions that Kuznets mentioned in 1934 would be turned on its head in 2006 when Giorgos Alogoskoufis, the Greek Finance Minister at the time, would include prostitution in the Greek GDP. and much as he was mocked and derised at the time, Eurostat would imitate him in 2014.

12 Regards the inhabitants of the national territory irrespective of nationality.