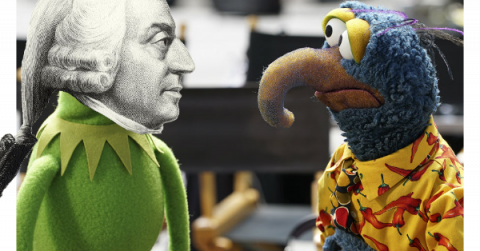 While doing research for "Money in Greece", one of the mandatory readings to understand modern monetary thought was Adam Smith's classic "The Wealth of Nations". I read through it and found it to consist of entirely intelligible chapters, although often inconsistent, contradictory and verbose. But more importantly, I realised that the prominent position of Adam Smith, at least regarding monetary thought, was not due to the originality of his ideas. Actually, he ripped off and rehashed Aristotle's views about the origin of money from barter and John Locke's ideas on the metallic nature of money. It wasn't even due to the precision of his theories and models, all of which are entirely lacking in empirical evidence. His academic practices were so poor that Murray N. Rothbard, just to drive this point through, ended up writing the two-volume, thousand-page "An Austrian Perspective on the History of Economic Thought", with the first volume titled "Economic thought before Adam Smith". Rothbard really lashes out, calling Adam Smith a "mystery in a puzzle wrapped in an enigma [...]  a shameless plagiarist, acknowledging little or nothing and stealing large chunks, for example, from Cantillon".

And he has an explanation as to why the shameless plagiarist became such a star. First, his versatility:

[I]n one way, the Wealth of Nations is like the Bible; it is possible to derive varying and contradictory interpretations from various - or even the same - parts of the book.

The second reason is that this "versatility" is hard to bring to light:

[S]uch a book also provides a welcome built-in exclusion process, so that only a relatively small number of adepts can bask in their expertise about a work or a system of thought.

Indeed, the Adam Smith's language is simple and accessible, but how many people take the time to read through the entire text and sort through the various inconsistencies and meandering thoughts?

In other words, Adam Smith is like a puppet. In the hands of each puppeteer can say anything, if the puppeteer properly cherry-picks the appropriate quotations. And no one in the audience can protest, because no one has read the entire script.

Following along these lines, and hoping that the Muppet Show comes back on a weekly basis, I would like to propose a few episodes starring the, all-new, Adam Smith muppet. The scripts are mostly his words, with only a few comments here and there (we already have a lot of theologians interpreting the Prophet's words).

Here are a few episodes that could shock his free-market and laissez-faire promoters:

And here is one that might embarrass the academics who teach his work, if they actually took his words seriously:

Moreover, Adam Smith was an ardent Presbyterian. Presbyterianism is the Scottish version of Calvinism, a ground-breaking Protestant confession which, among other things, watered down for the first time the Christian prohibition of usury. Although Rothbard regards Smith's views on usury as extremely restrictive (after all, Rothbard is an Austrian economist), viewed in the broader context of Greek Orthodox Patristic and Roman Catholic Scholastic theology, they are permissive. In other words, Adam Smith's religious views are banker-friendly; they are in line with the necessary morality shift that would free merchants and bankers from the laborious and roundabout ways they employed to circumvent usury prohibitions, not to mention transforming the social stigma to badge of pride.

PS: Am I citing out of context? Possibly!

Why? Because I can. Anyone can, and everyone has. After all, this is how Adam Smith's work has been popularised for over two centuries: out of context.

PPS: Page numbers are taken from the paperback edition of the "Wealth of Nations" by the Modern Library (2000), shown below.